After commencing my involvement with the CFM in January 2019. (different blog post)

John & Lynda invited me to discover Whitianga, New Zealand for my first time… and to fill in for Casey (Production & Onair) while she went on holidays. I was also tasked with setting up some Production processes and mentoring Casey in her role of Commercial Producer.
I arranged for two weeks leave from the day job; flying out of Toowoomba via Syndey to Auckland, Thursday June 6, 2019 – returning Wednesday 19 June. Thursday 20th; back to USQ as Acting Associate Director, Media Design & Development.
The following blog post was written for family in aussie (lacking detail).

6th June, 2019
Day 1 was travel day. Leaving TOOWOOMBA Wellcamp Airport to Sydney – then a fairdly boring layover, before flying to Auckland. Upon arrival, John & Kieron picked me up and we drove to Whitianga where John & Lynda had a lovely 2 bedroom Bach ready for us. (Just across the road from their home in Robertson Road.)

It’s quite late in the evening,
but Kieron and I stayed up chatting for quite a long time. (It had been at least 9 years)
….In the little NZ “Bach” 🙂 waiting for me was my first order from local roastery Coffee LaLa 🙂

7th June, 2019
Day2 … or day 1 in Whiti… of course, starting with the delicious
Coffee LaLa 30 – yummy 🙂 Looking out the window of the bach for the first time in daylight, there’s a car waiting for me too. Some rain over night and a patchy sky to start. Caffeinated – lets get the ball rolling. So, a busy day mentoring in production, with the day wrapped up with Friday arvo drinks with the team 🙂

It’s Saturday… and today was my first time back on air LIVE In probably 20 years… nervous energy quite intense 🙂 Kieron’s onair after me at 9am from the caravan doing the station’s first OB at Fagans Furniture – our first advertiser.
I ended up doing 6-8a at the studio, then jogged around the corner and finished the last hour onair from the caravan. Even receiving messages & Requests from Cindy & Jen (now living in Palmerston North, listening to me via online stream).

When the OB wrapped up, John & Lynda took Kieron and I to Kuaotunu for a late lunch at Luke’s Kitchen (wood fired pizza) .. then a drive to Opito Bay.  Upon returning back to Whitianga, it was time for a arvo snooze after being up at 5.30a.

This morning, a lovely Sunday morning sleepin, but Kieron had a 10 am on air live show and I’ve got a show at 2 from the 1972 Vintage Zephyr caravan. We’re gonna park it up on Buffalo Beach, it’s an absolutely gorgeous day with whisps of cloud in the sky.  Walking about 2.5ks to the station along the estuary to the radio station, is a lovely walk. After stopping by the radio station, I continued the walk to the beach where I met John (the Station owner) and set up the caravan to do my shift live from the beach. (Later we found out, should have had a TCDC council permit – oooppps – rectified.) I had an excellent arvo with people stopping by saying Hi. One bloke who stopped by the caravan while I was onair, was telling me there had been a pod of 5-6 Orca in the bay, but some idiot starts buzzing around them on jetskis. From what he told me, I think I just missed seeing them. 🙁 There had also been dolphins in the estuary, around the time I was walking along there… sadly missed them too.

Today, Monday 10th June… I really don’t have much to report… it was a “work” day today. I went into the station and started to discover the copy/production workflow. So that was pretty much the rest of my day. Kieron went onair at 1, and I went live at 4 til 7. I did manage to get a solid workout in at the gym around the corner. Seems the next few days, I’ll be fairly busy at the station… but while Kieron is here, he’s going to be doing some of the onair shift so I can get some things done in Production. I spent most of the day in the office learning a new DAW (digital audio workstation) ie: editing software. I produced 3 or 4 spots, recorded some voiceovers and gained a realistic idea of what processes are needed. I have already started that, by creating some documents that will help … (especially me while I’m here)
Kieron did a couple of hours onair, and I did 3 hours live late in the day (3-7p locally). I did get a lovely workout in at the gym around the corner… to clear the head. As it was an office day… here’s a photo of the bay…

This morning, I had a wonderful opportunity to have about a 20min flight over the bay… even though it was a cloudy morning – it was a beautiful flight and a great orientation. The rest of the day was a busy office and onair day. The evenings have been a wonderful catch up time with Kieron. It’s been so long since we’ve been around each other seems we’ve had a lot to chat about. Most nights we’ve said, “we need to get an early night” … then it was like midnight before we crash..  Kieron leaves tomorrow morn at 7:30… so it will be an early start.

Early start taking Kieron to the shuttle, so I went to the gym… but not until I watched the sunrise over the bay. I love that the sunrise is 7:30a… I can deal with that time of day 😉 Another busy day in the studio but going to get out and about when I can 🙂 Walked around town at lunch time and dropped into a few businesses… had some great chats… people are really nice – typical rural communities. (Sushi for lunch) A pretty rough first hour onair, but still having fun. After work (finish onair at 7p)… I grabbed dinner from another place I wanted to try – Hangry Burger… yummy and way too filling!!

A quick stop by the bay for a sunrise shot again today… getting an early start – lots to do in Production today. But planning on getting out and about before going onair…
So, it was a busy day, but I did get out for a good walk before going onair… down to Buffalo Beach, and a wander around town. Stopped by the post office for some very cool first edition stamps… and also checked out a few potential places to stay for my 50th in October…  If anything, this week has not helped… with how much I seem to be enamoured with this place. Tomorrow is my last day onair, while here… then I’m going for a ferry ride and hike… details will come.

15th June, 2019
My last LIVE show and last time onair while here, fairly upset about it actually – it’s been an amazing time reconnecting with old skills and rediscovering a passion.
Sunrise – workout – onair 😁
After I finished my onair gig, I caught the ferry and went for a walk.. to Shakespeares Cliff, Lonely Bay and Cooks Beach. A lovely 3 hours.

16th June, 2019
A sleepin this morning… but sunrise out the bedroom window, is not unattractive!
A jog along the estuary…Then on the road for adventures… First stop, Hahei. The water is lovely for winter! Cathedral Cove just around the corner… next time.
Second stop was Tairua… and looking over top Pauanui… then to Whangamata. (A little gift shopping expedition – another bday pres for Fi!)
One of the things you notice as you drive through forestry areas is the harshness of the terrain. Sharp mountains and beautiful green valleys…Now on the West coast of the Peninsula… Thames, first stop… what an OLD town. Probs the largest town… even with McDs & KFC …lol. Not my fave place – a factory town very old ..
Driving along the coast, it’s rough… mountains on one side, sea the other… winding along the coast line… then all of a sudden, climbing up a mountain. Heading toward Coromandel Town… then Matarangi.. and the finishing the afternoon at Kuaotunu (Luke’s Kitchen for a snack and Blue Fridge Brewery ‘the other woman’-Irish Red Ale) …a favourite place.

Monday morning… and plans change. This is radio. The young lady who’s been on holidays, that I’ve been filling in for, has come in and is sick… so I’m back on the radio later… lol!!
Let’s start with a pic of my walk along the estuary:)

18th June, 2019
Last full day in Whitianga… let’s start with a visit to the beach before gym…Into the office for a little while to do some last minute training and a staff meeting… a couple of hours onair with Casey our in the van … while the team host a Business Association event… Then back to the Bach for final packing.

It was an early morning leave Whitianga, as John took me to Auckland. Seriously, a tough flight, leaving… but I know I’m going back…
making the return home. 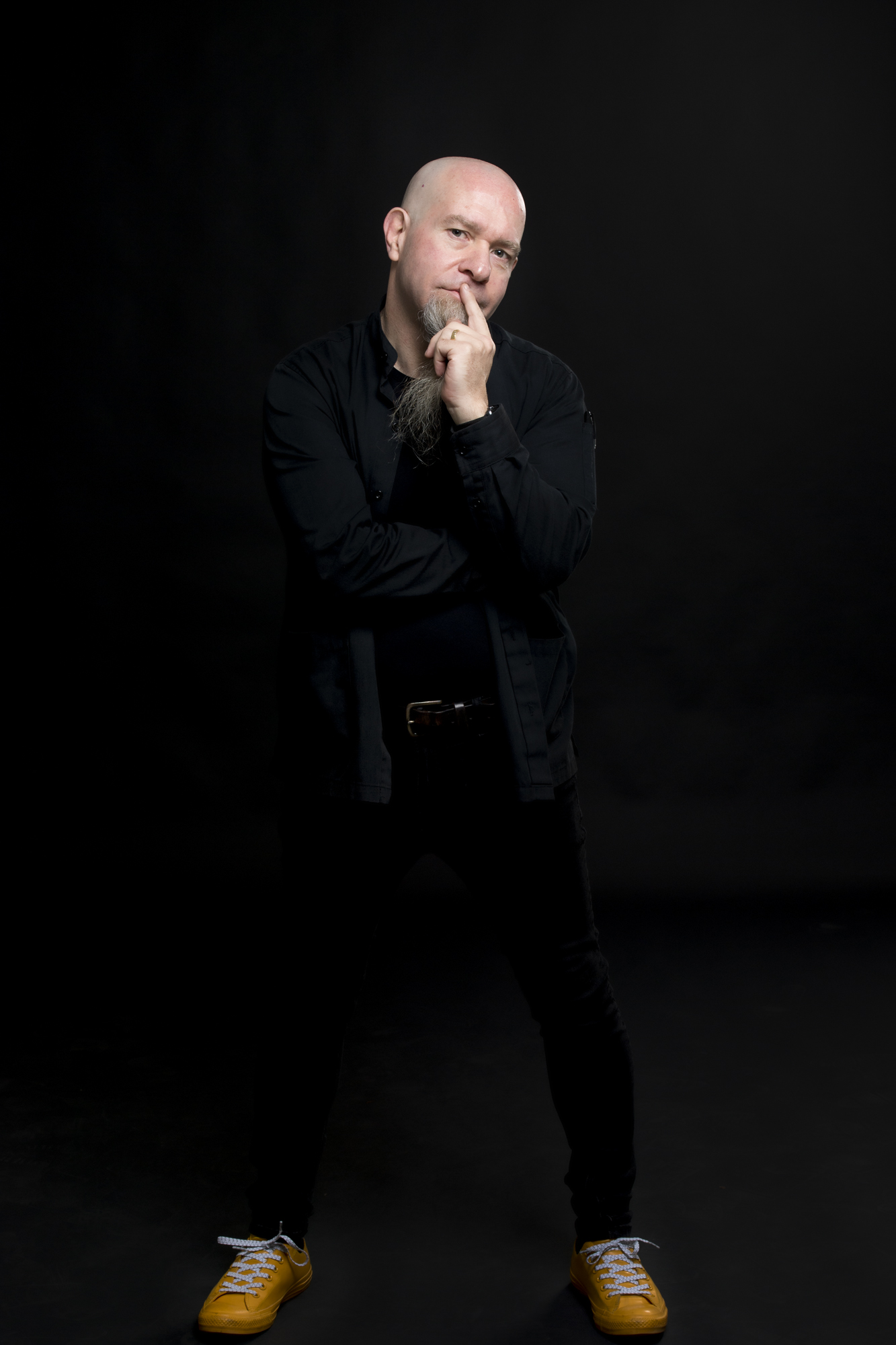 once upon a stormy afternoon